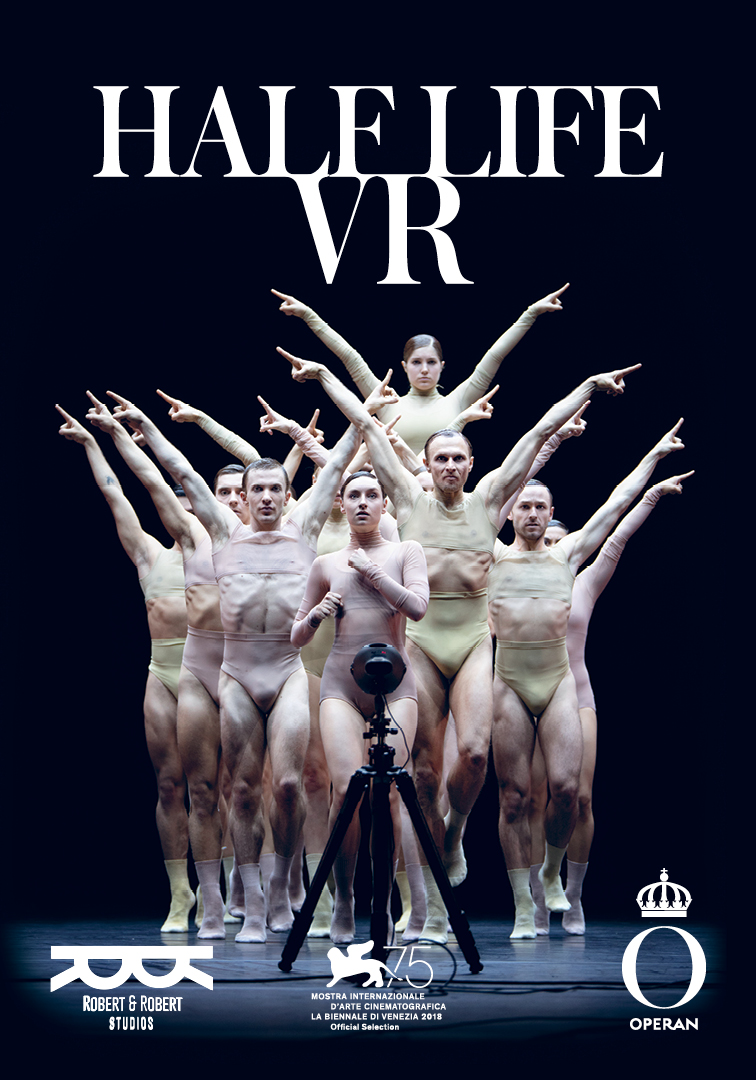 Half Life VR is a Virtual Reality short film directed by Robert Connor capturing the immersive spirit of choreographer Sharon Eyal’s dance work Half Life performed by the Royal Swedish Ballet. The short is a co-production between the Royal Swedish Opera and Robert & Robert Studios. The VR production is inspired by 3D dance films such as Pina, aiming to present a uniquely immersive and artistic experience. It’s a legend. A sharp projection of language, movements and formulas of the soul. It’s a marble arrow being fired to a shivering audience from the end of a corridor. This creation is monotonous with an angle. It can be good friends under your feet and bad people in your hands.

Robert Connor (born 28.06.1984; Katrineholm, Sweden) is a Swedish/American director. During his time at Stockholm Film School, he was determined to learn the language of cinematic storytelling & converting it into a language for Virtual Reality. Robert is quickly gaining traction across the world as one of the pioneers for amazing cinematic VR experiences.

“For a long time everyone wanted VR, but weren’t prepared to dive into a VR project. The Royal Swedish Opera proved that they are cutting edge. Together, we transformed an ancient art form into a VR piece unlike anything ever made. Traditional rules of filming don’t apply anymore. You’ll feel the characters in a way not possible in a theatre or on TV.” – Robert Connor, director